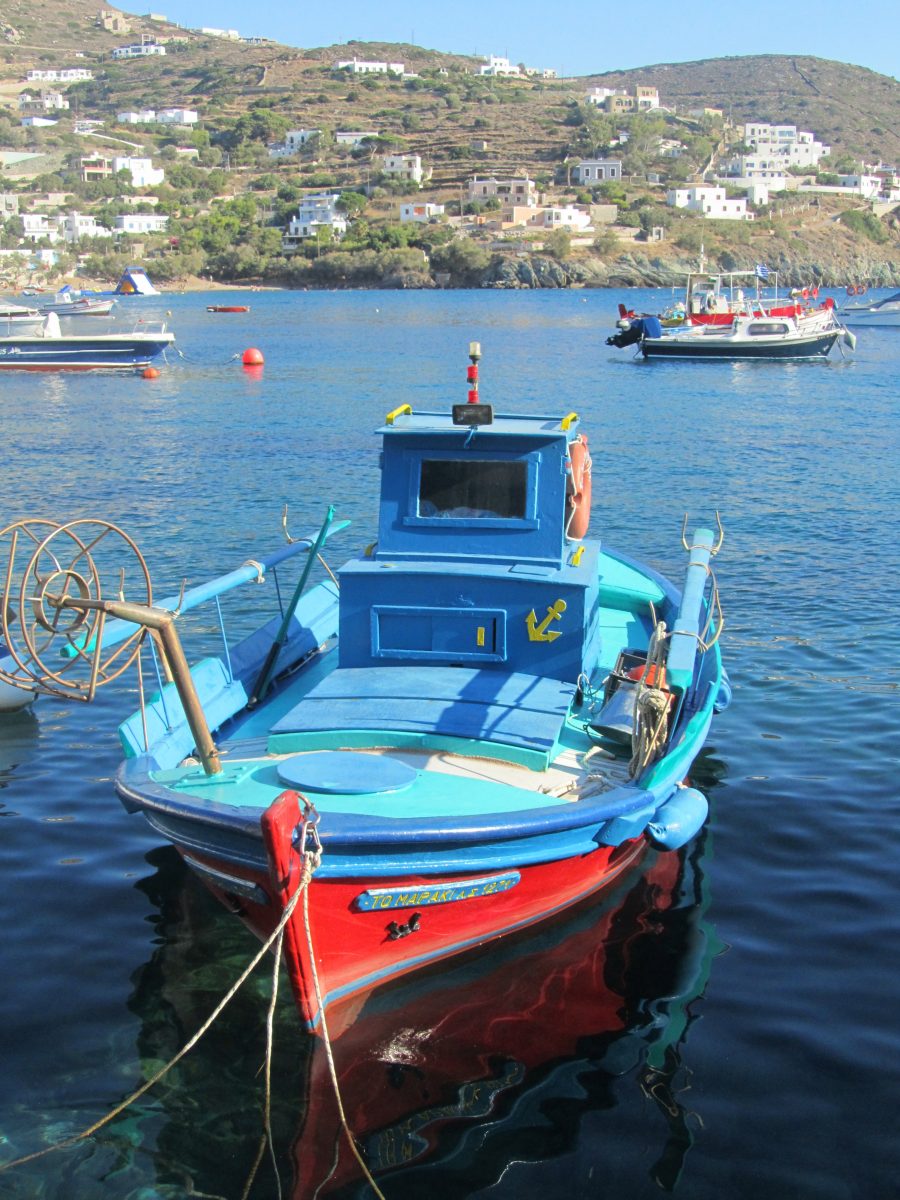 I love Greece. It’s the place I dream of escaping to every summer. It has everything I’m looking for in a family holiday: it’s beautiful, it’s laid-back, it’s full of history and, given that the UK sometimes has cold and damp weather over the summer, you’re guaranteed sunshine. What’s more, it’s easy to get to and great value for money.

There’s an estimated 6,000 islands and islets in Greece of which 227 are inhabited. As a family we’ve visited lots of Greek islands but we’ve never been to the same place twice. That’s the other great thing about Greece. Each island has its own distinct character so there really is something for everybody.

When I go to Greece I feel as if I’ve captured the Mediterranean as it was supposed to be. It’s what I imagine it was like in Italy and southern France in the 1950s. There’s a timelessness and an old-fashioned feel to Greece that you find so rarely in other parts of the Med where it’s just so busy in the summer, the roads clogged up with cars and people fighting for space in the restaurants and on the beaches.

There are, of course, busy resorts in some parts of Greece but it’s not very hard to find that picture-perfect little harbour with colourful wooden boats and a couple of simple tavernas. Some of the best places we’ve ever stayed have been in Greek boutique hotels. If you go to a beach in August, chances are that you won’t be packed in like ever so many sardines jostling for space along the sand.

So much of Greece still feels unspoilt and old-fashioned. You’ll wander around a village where men play backgammon all day and old ladies dressed entirely in black sit over their lacework. If you go to some villages in the afternoon it’s so quiet that it feels like a ghost town – because everybody is having a siesta.

It’s the perfect place for a family holiday. Children are adored and given attention by everyone they meet and the atmosphere is so chilled out and laid-back that the whole family relaxes.

Take a look at my guide to the Best Laid-back Greek Islands for a list of some of our favourites.

Everyone in our family loves Greek food. It’s delicious, it’s healthy and it’s fun to eat and share different things together. On the Greek islands, we eat fresh fish every day and lots of salads and vegetables. We can quite happily munch our way through plates of whitebait, calamari, octopus (fried or thinly sliced in olive oil), sardines, anchovies and red mullet.

We usually order a variety of different foods for the whole table to try: the fish; dips like houmous and taramasalata; Greek salad; stuffed peppers and tomatoes; stuffed vine leaves and courgette flowers; cheese and spinach pies; and grilled feta cheese. It’s all delicious and everyone has their favourites but we all try to taste a bit of everything.

It’s a great way to encourage children to try lots of different things. My youngest still refuses to eat salad and the eldest won’t eat the whitebait because the eyes put him off – but at least they’re trying everything else.

Eating mezze-style like this makes our mealtimes so much more social. Sharing the food makes us interact more with each other. We all talk more and everybody has a better time. It’s definitely one of the Five Fantastic Foodie Reasons for Travel.

In Greece we don’t tend to go to the fancier, more expensive restaurants because the simple tavernas offer everything we could possibly want, whether we’re sat under a reed canopy beside the beach or in a shady spot in a small town square. The atmosphere is always relaxed and unstuffy and the food just perfect.

Greece is, quite simply, stunning. Its crystal clear waters, whitewashed houses, picturesque harbours and stunning sunsets make it one of the most beautiful places to visit in Europe. So much of it is still unspoilt so you won’t find as many of those ugly developments that you get on so many other Mediterranean coastlines.

Greece has the second largest coastline in Europe (after Norway) so it makes the perfect beach or sailing holiday, with plenty of child-friendly beaches with shallow waters and sheltered bays. But you can also find dramatic mountain ranges, vast gorges ideal for hiking and tiny villages with cobbled streets and white houses draped in pink and purple bougainvillea.

The myths of Ancient Greece and its gods are full of wonderful stories to fire up any child’s imagination. History really comes alive in Greece where you can find a temple dedicated to one of the gods or goddesses on even the smallest of islands.

You can see where Theseus fought the minotaur at the Minoan palace of Knossos in Crete, climb to the top of the Acropolis in Athens to gaze at the Parthenon temple, visit Mount Pelion, home of the centaurs or take a trip to Olympia, the site of the first Olympic Games.

Some of the oldest European civilisations developed in Greece so you’ll spot Byzantine, Venetian and Ottoman influences as well as the Ancient Greeks. You could visit the extraordinary 14th-century monasteries perched on top of rock pillars at Meteora or the sacred grotto on the island of Patmos where St. John had the visions which led to the Book of Revelation.

THE VALUE FOR MONEY

Greece has always been good value for money. You can stay in gorgeous boutique hotels for much less than you’d pay in Italy or France and a family of four can eat out for as little as 45 euros.

Most foreign visitors don’t need to pay for a visa and if you book early you can pick up relatively cheap flights. What are you waiting for?

For more Greek island inspiration, take a look at A Photo Tour of Folegandros and Is this the Perfect Greek Island? 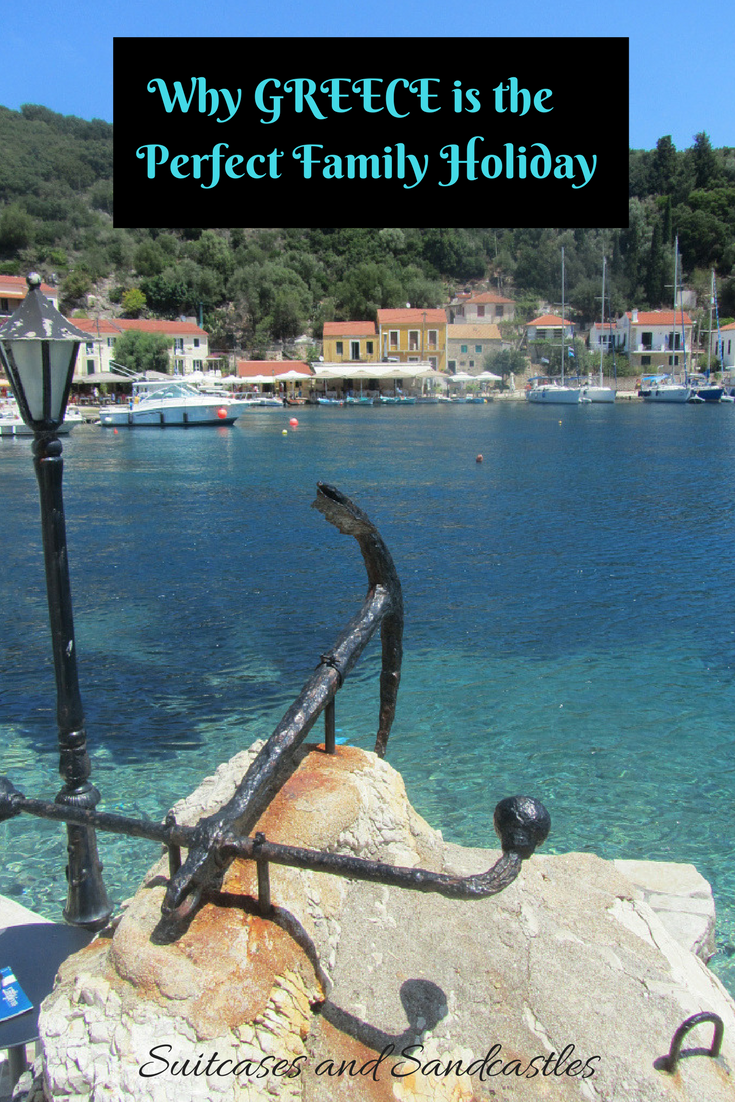 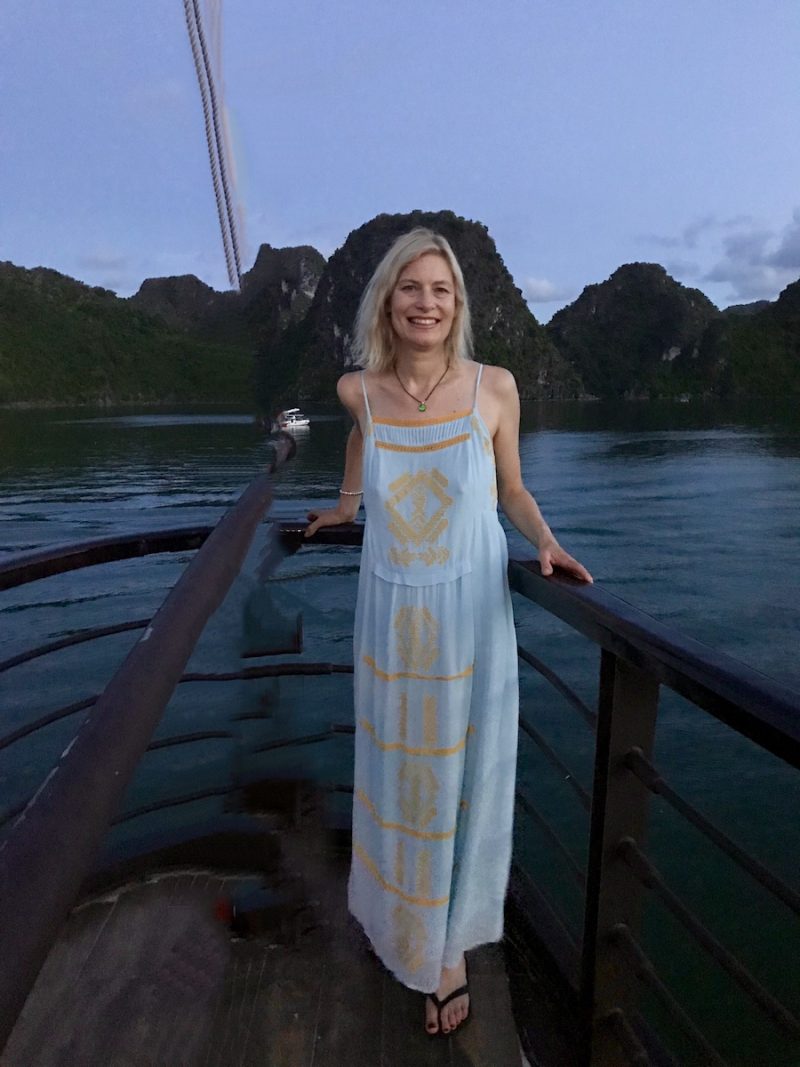 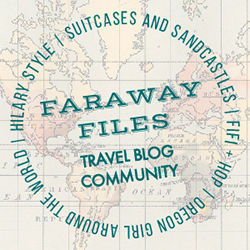